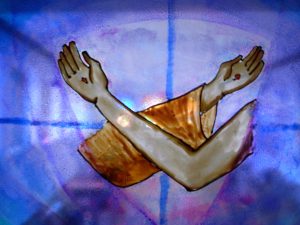 Welcome at Home Page of Franciscan Friary of Bensheim

We are a small community of friars living by the rule and example of our spiritual father St. Francis of Assisi. The place we live in you can call a real pearl due to vineyards, hills and magnificent castles. Bensheim belongs to a region called Bergstrasse (Mountain Road), famous for its wine, Nibelungen family, castles and the medieval Strada Montana. And here we are to serve God and others. We do invite you to visit us one day in person. In case you can’t we offer you at least this virtual trip.

We are Franciscan friars (OFM i.e. Ordo Fratrum Minorum = the Order of the Minor Friars) following the footsteps of St. Francis (1181-1226), a son of a rich salesman from Assisi, Italy. At the times when the Church and Europe alike suffered a deep crisis, Francis received a mission from God talking to him from a cross at ruined St. Damian’s church. Soon Francis begins to keep the evangelic vows: chastity, obedience, especially sticking to poverty. The first community grows in numbers very rapidly. Francis himself goes even to Morocco, where he proclaims the Good News to a sultan. Until now, in each suffering brother and sister we see God’s creation. The creation itself (animals, plants etc.) is our brother and sister. That is why St. Francis has been proclaimed the patron saint of ecologists.

The Church is devoted to Immaculate Conception.

We celebrate the Feast December 8th

The church is kept open throughout a day for everybody who wants to step by, pray and experience some quiet time. The Church is not accessed for physically challenged. In the case please ring the door bell and we will be more than happy to help you out.

Tradition assigns the year 1221 as the date of the foundation of the Brothers and Sisters of Penance, now known as Tertiaries. This third order was devised by St. Francis as a sort of middle state between the cloister and the world for those who, wishing to follow in the saint’s footsteps, were debarred by marriage or other ties from entering either the first or second order. There has been some difference of opinion as to how far the saint composed a rule for these Tertiaries. It is generally admitted, however, that the rule approved by Nicholas IV, 18 Aug., 1289 (Litt. „Supra Montem“) does not represent the original rule of the third order.

Some recent writers have tried to show that the third order, as we now call it, was really the starting point of the whole Franciscan Order. They assert that the Second and Third Orders of St. Francis were not added to the First, but that the three branches, the Friars Minor, Poor ladies, and Brother and Sisters of Penance, grew out of the lay confraternity of penance which was St. Francis’s first and original intention, and were separated from it into different groups by Cardinal Ugolino, the protector of the order, during St. Francis’s absence in the East (1219-21). This interesting, if somewhat arbitrary, theory is not without importance for the early history of all three orders, but it is not yet sufficiently proven to preclude the more usual account given above, according to which the Franciscan Order developed into three distinct branches, namely, the first, second, and third orders, by process of addition and not by process of division, and this is still the view generally received.

Secular. The third order secular was founded, as we have seen, by St. Francis about 1221 and embraces devout persons of both sexes living in the world and following a rule of life approved by Nicholas IV in 1289, and modified by Leo XIII, 30 May, 1883 (Constit. „Misericors“). It includes not only members who form part of logical fraternities, but also isolated Tertiaries, hermits, pilgrims, etc.

Regular. The early history of the third order regular is uncertain and is susceptible of controversy.        Some attribute its foundation to St. Elizabeth of Hungary in 1228, others to Blessed Angelina of Marsciano in 1395. The latter is said to have established at Foligno the first Franciscan monastery of enclosed tertiary nuns in Italy. It is certain that early in the fifteenth century tertiary communities of men and women existed in different parts of Europe and that the Italian friars of the third order regular were recognized as a mendicant order by the Holy See. Since about 1458 the latter body has been governed by own minister general and its members take solemn vows.

New Foundations. In addition to this third order regular, properly so called, and quite independently of it, a very large number of Franciscan tertiary congregations — both of men and women — have been founded, more especially since the beginning of the nineteenth century. These new foundations have taken as a basis of their institutes a special rule for members of the third order living in community approved by Leo X. 20 Jan., 1521 (Bull „Inter“). Although this rule is a greatly modified by their particular constitution which, for the rest, differ widely according to the end of each foundation. These various congregations of regular Tertiaries are either autonomous or under episcopal jurisdiction, and for the most part they are Franciscan in name only, not a few of them having abandoned the habit and even the traditional cord of the order.

What the Third Order Rule Is About

The Holy Eucharist.
Since we see the Eucharist as the heart of our prayer, our personal rule would call us to frequent participation in this Sacrament.

Penitence.
Regular examination of our obedience to Christ is necessary. To be reconcilers we must first be deeply reconciled to God. We practice daily self-examination and regular use of the Sacrament of Reconciliation.

Personal Prayer.
We set aside a definite time for prayer each day to spend time with God, to pray for others, to meditate and to express our thankfulness. Prayer is the root from which our lives and ministries grow and are nourished.

Self-Denial.
This is the discipline of saying „No“ to oneself by putting God first. We are often aware of the places in our lives where additional self- discipline is needed, but our Spiritual Directors should be asked to help in this area. We also focus on eliminating the ways we may manipulate others to our own ends.

Retreat.
Silent retreats and quiet days provide an opportunity to rest and grow physically, mentally and spiritually. At least once a year, we participate in organized or private retreats.

Study.
We all need to learn more about God and His will for us. Study of the Scriptures and of Franciscan spirituality is important to our Christian growth.

Simplicity of Living.
Simplicity calls us to examine our giving of self as well as the material things over which we have control. Our cluttered lives, our preoccupations with „belonging“, can interfere in our relationships with God and our brothers and sisters. We are called to a life of simplicity, eliminating those aspects of ourselves and our lives which prevent our full expression of God’s love.

Work.
Service has always been an important part of the Franciscan vocation. Daily work is one way in which Tertiaries serve God and others; we are often also called to serve God and our brothers and sisters in individual ministries, ranging from prayer to social activism.

Obedience.
All Tertiaries are obedient to the decisions of Third Order Chapter. We say the Daily Offices, we support each other by prayer, attendance at Fellowship meetings and a pledge of financial support to the Third Order. We report regularly to the Order on the keeping of our Rule. We have Spiritual Directors whom we see a minimum of twice a year.

St. Francis of Assisi gave praise to God singing the Canticle of the Creation. We, as the Third Order of St. Francis here in Bensheim, are going to set up the Franciscan Path. This is actually a path that leads throughout vineyards and woods in the beautiful area of Bensheim surroundings. It is not going to be only recreational-oriented idea though. You can find at least threefold meaning of the path: religious, ecumenical and franciscan. Of course, one can add some recreational values to the path as well, however it is not the actual point. At this time we are almost ready with all ten plates, that symbolize and include some verses of the Canticle. Each plate has highlighted the YOU word, which relates to

Most High, all powerful, good Lord, Yours are the praises, the glory, the honor, and all blessing. To You alone, Most High, do they belong, and no man is worthy to mention Your name.

Praise be You, my Lord, with all your creatures, especially Sir Brother Sun,      who is the day and through whom you give us light. and he is beautiful and radiant with great splendor, and bears a likeness of You, Most High One.

Praised be You, my Lord, through Sister Water, which is very useful and humble and precious and chaste.

Praised be You, my Lord, through Brother Fire, through whom you light the night and he is beautiful and playful and robust and strong.

Praised be You, my Lord, through Sister Mother Earth, who sustains us and governs us and who produces varied fruits with colored flowers and herbs.

Praised be You, my Lord, through those who give pardon  for Your love, and bear infirmity and tribulation.

Blessed are those, who endure in peace,  for by You, Most High, they shall be crowned.

Praised be You, my Lord, through our Sister Bodily Death, from whom no living man can escape. Woe to those who die in mortal sin. Blessed are those whom death will find in Your most holy will, for the second death shall do them no harm.

Praise and bless my Lord, and give Him thanks and serve Him with great humility. Amen 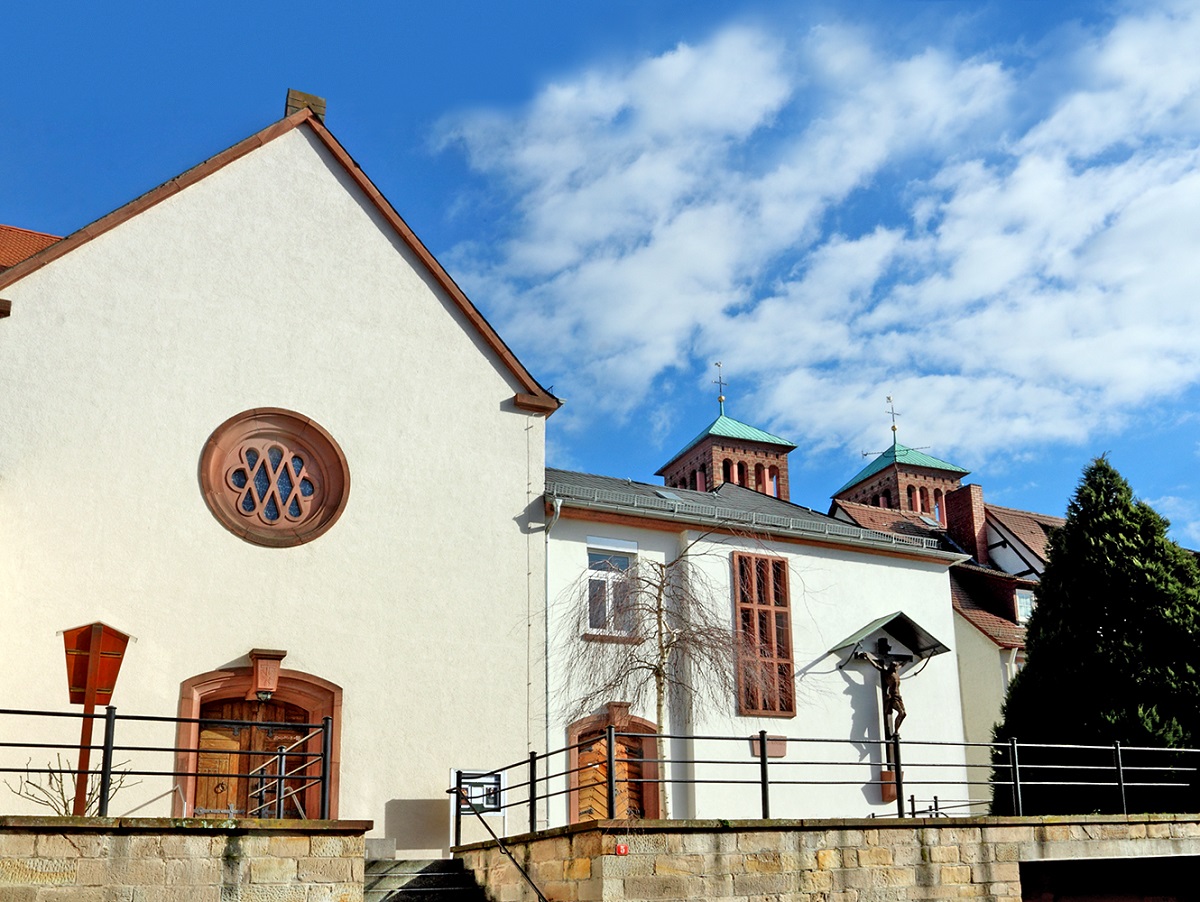 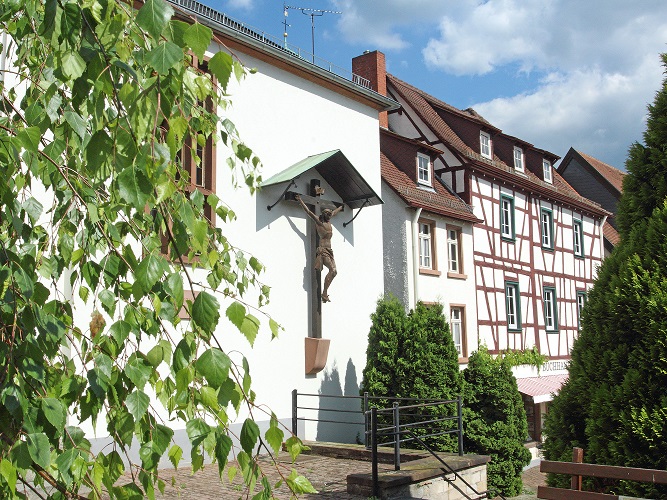 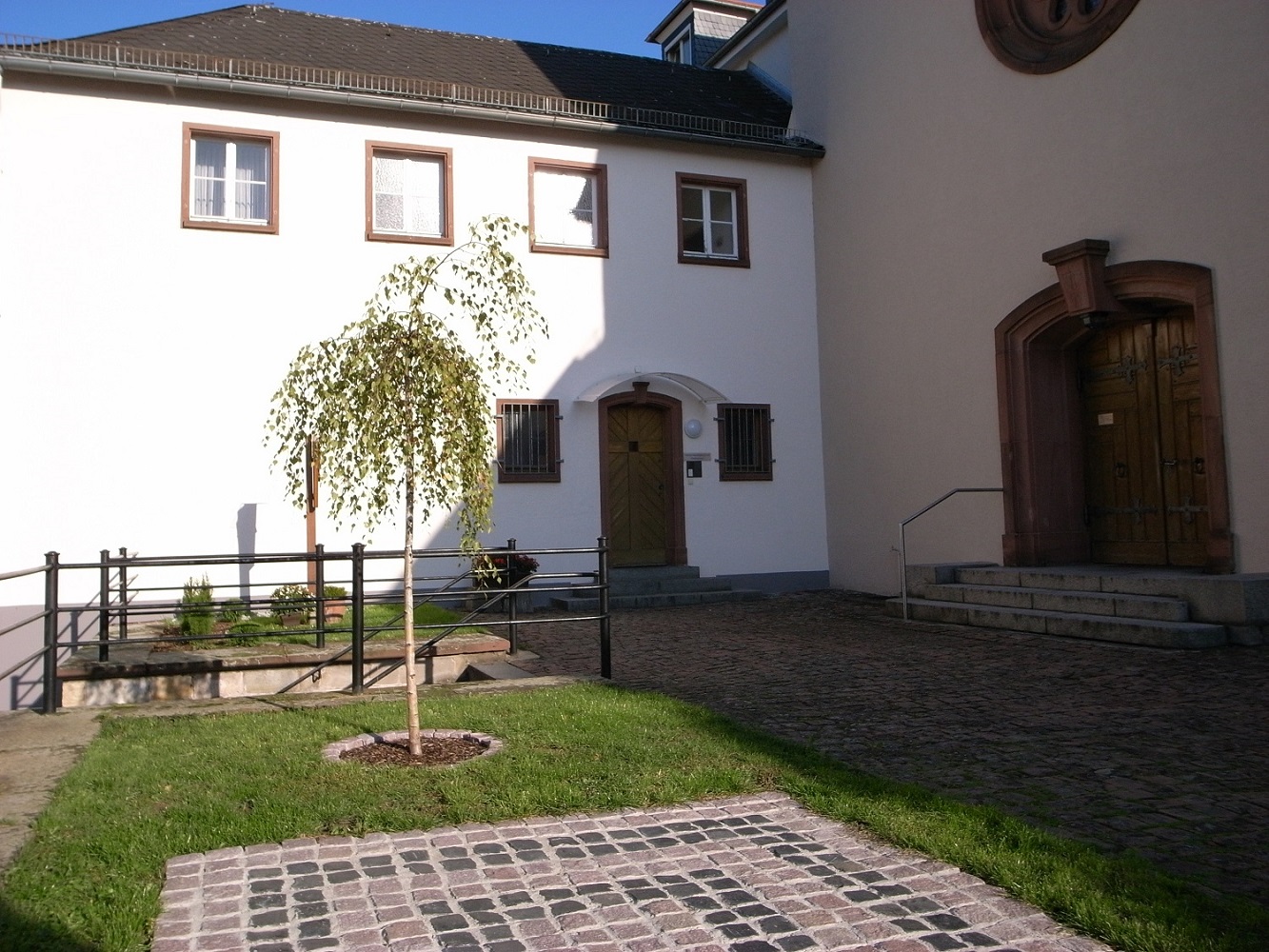 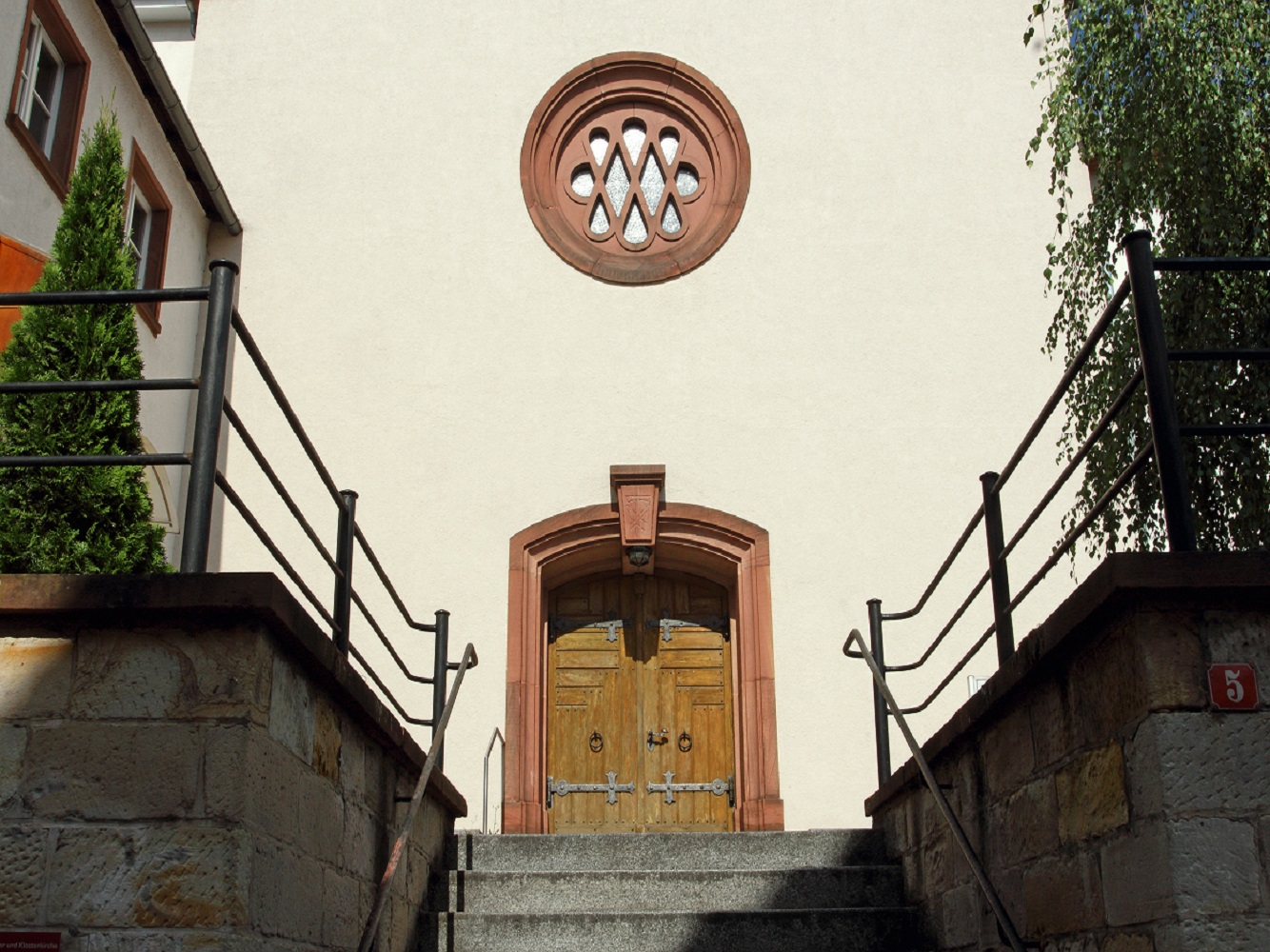 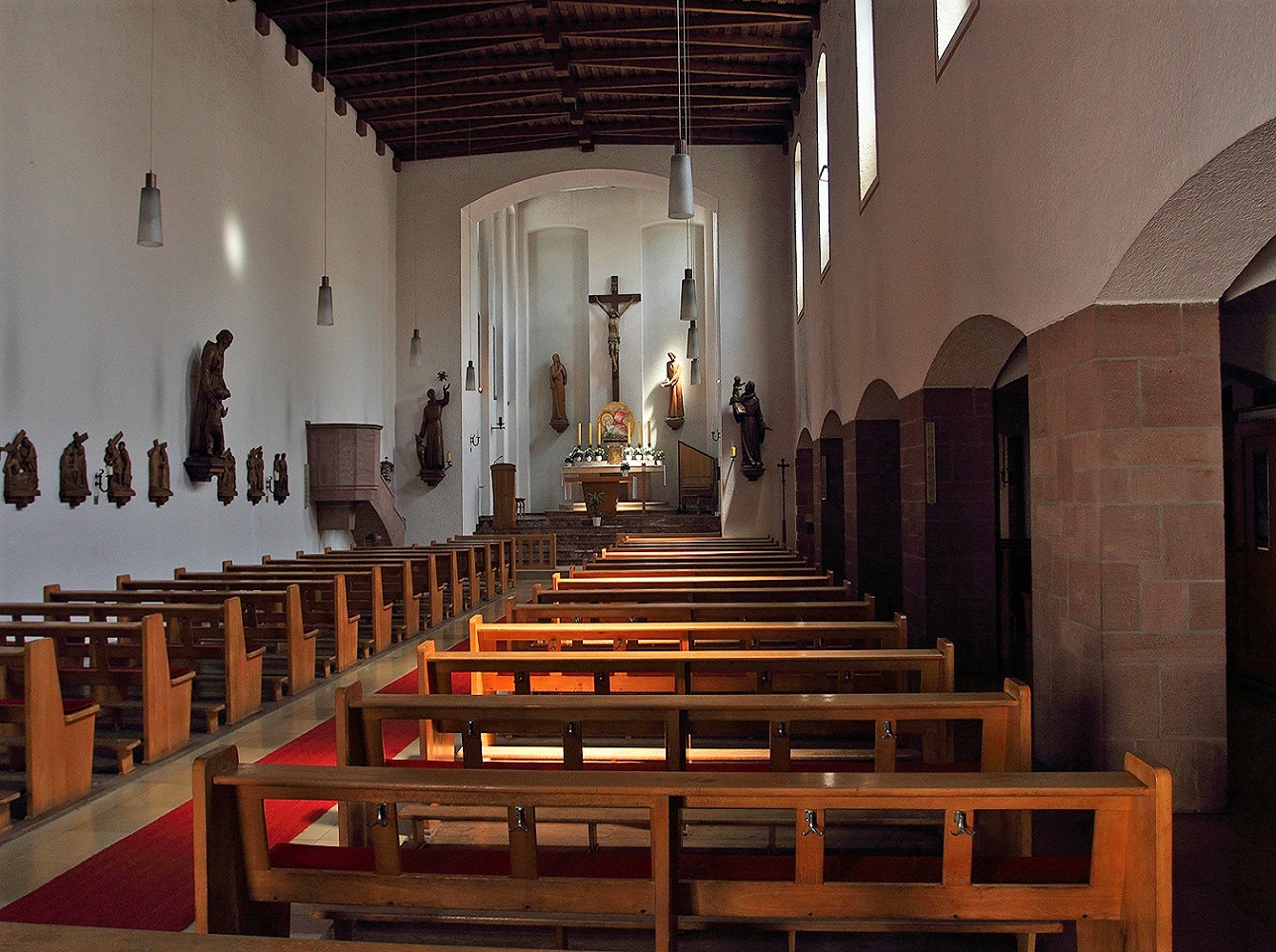 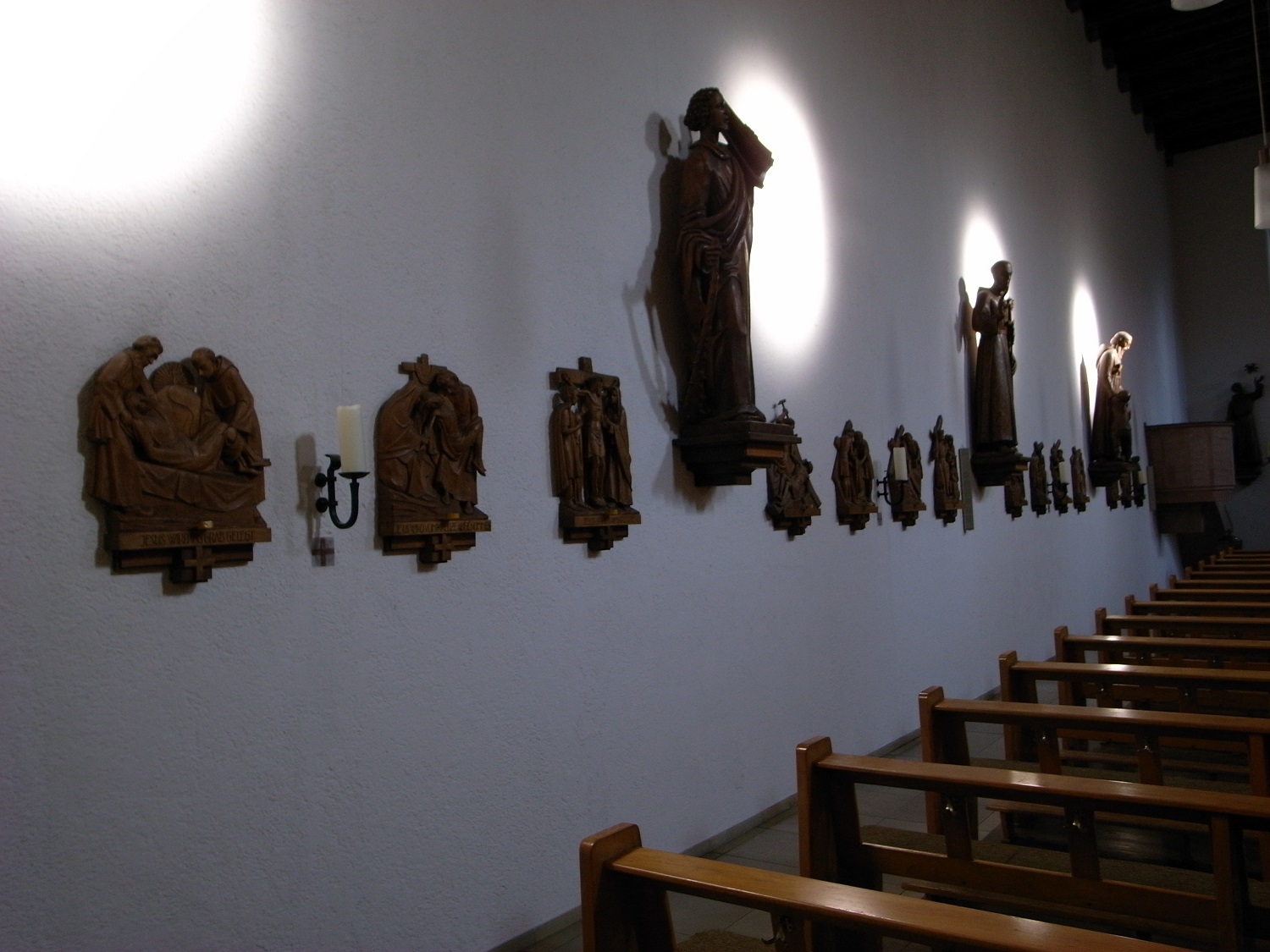 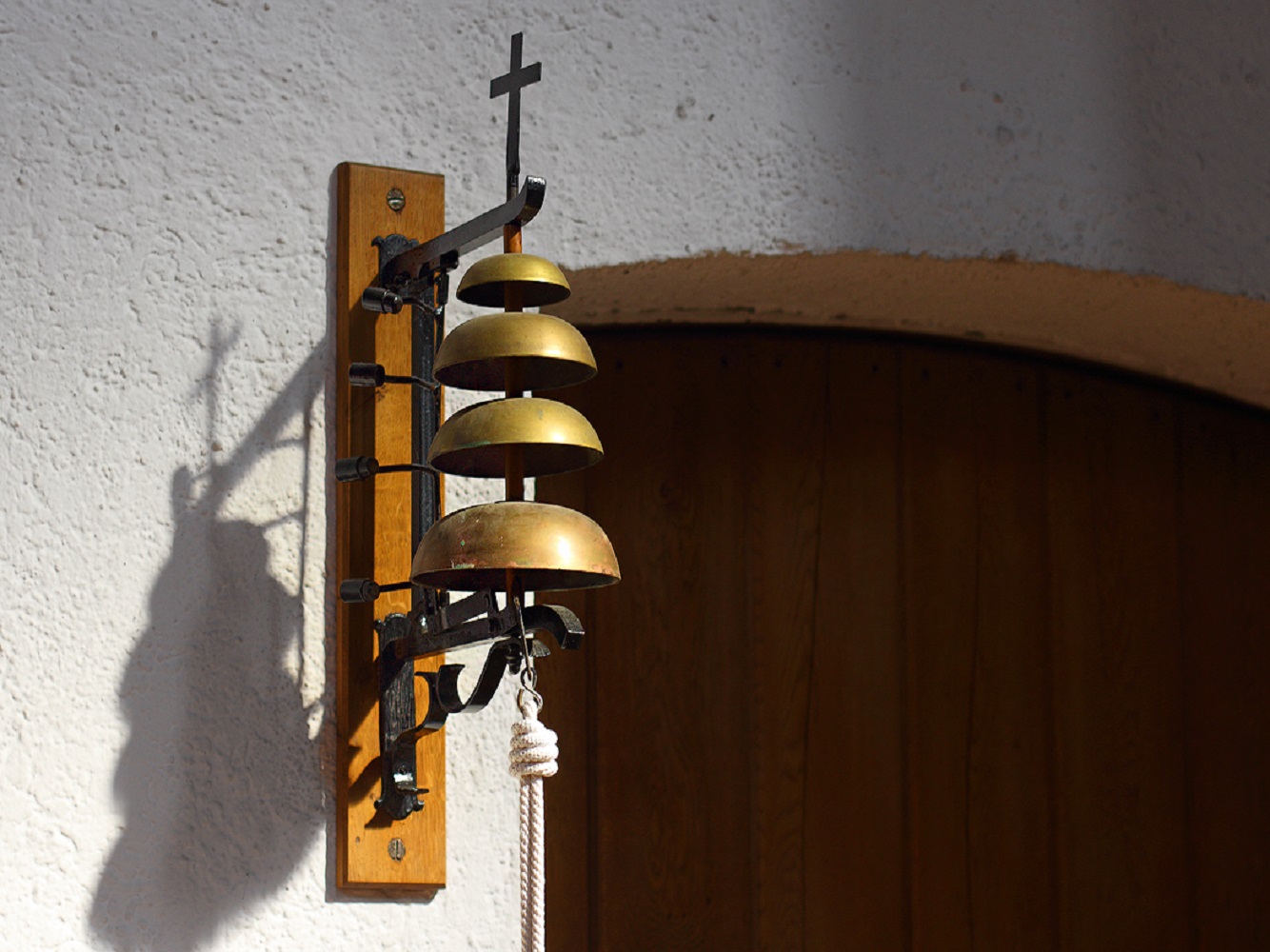 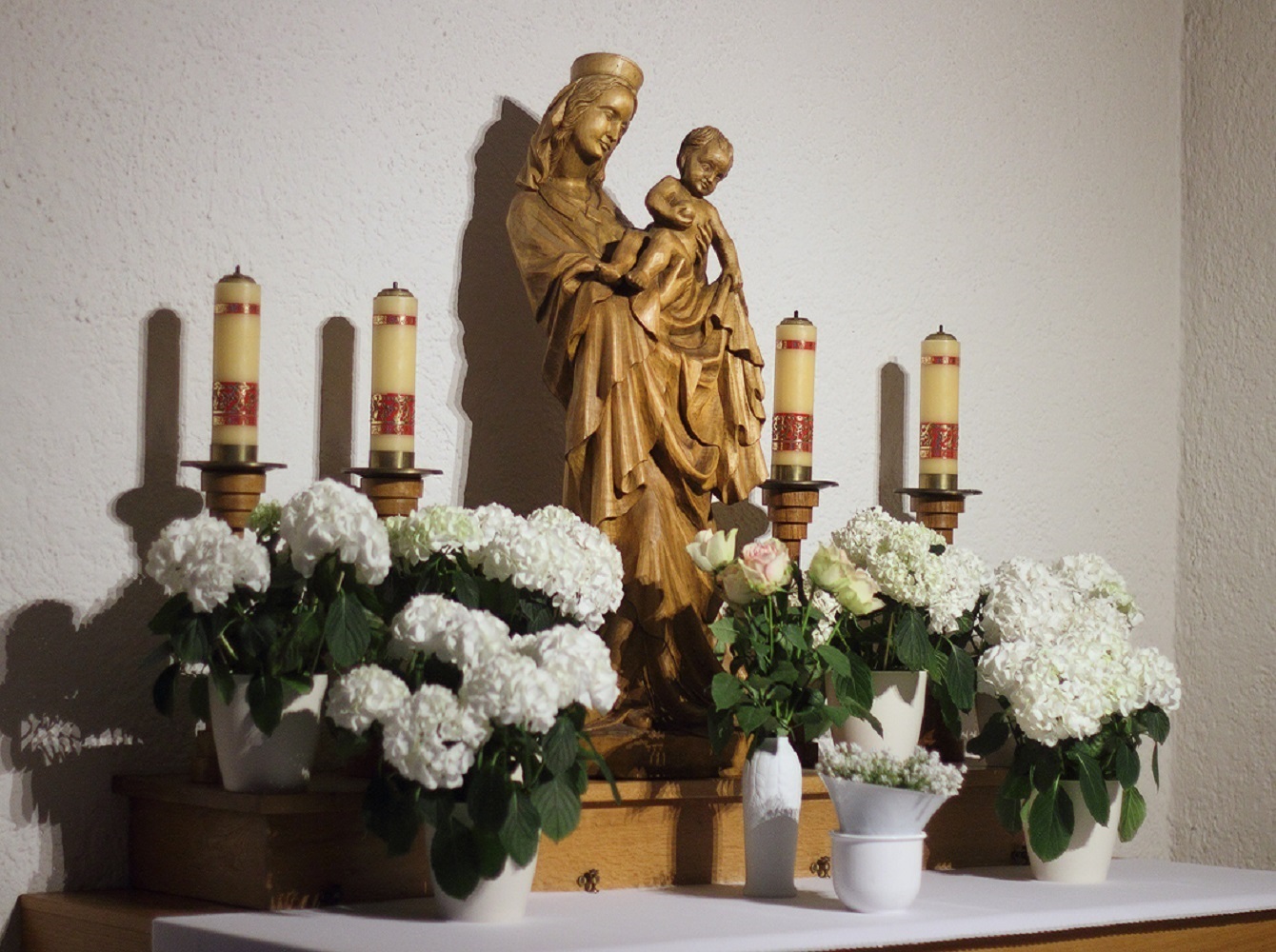 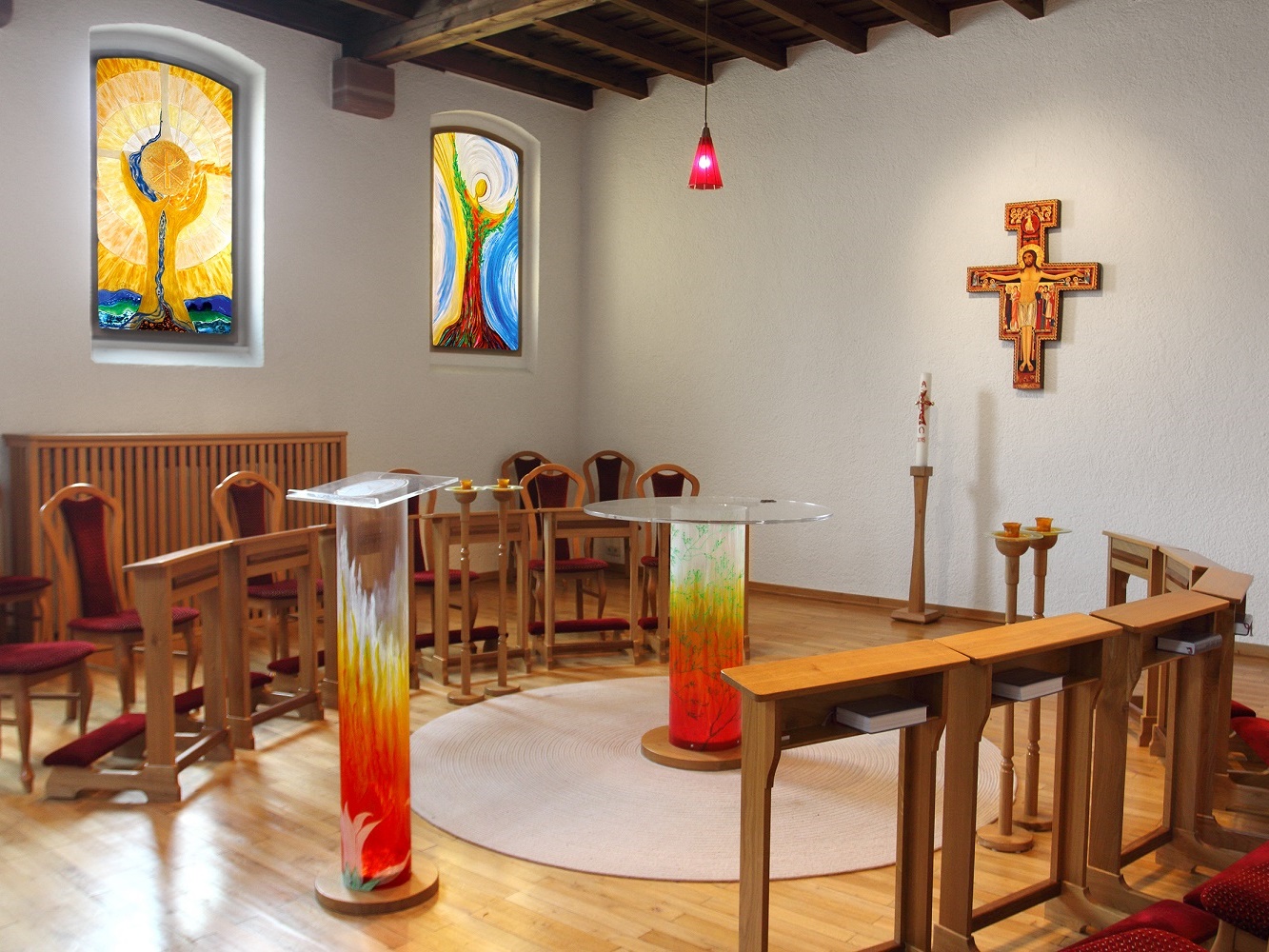 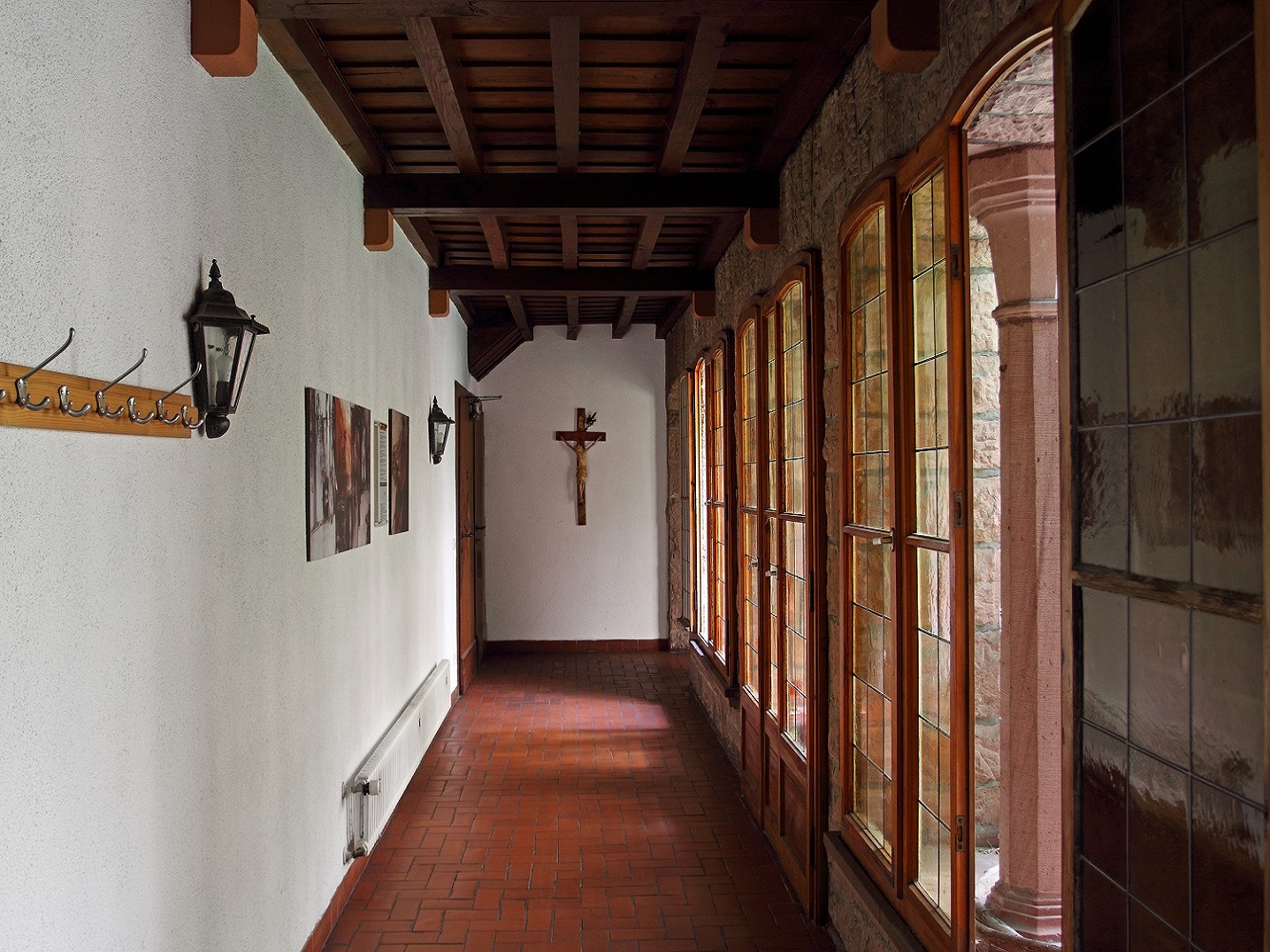 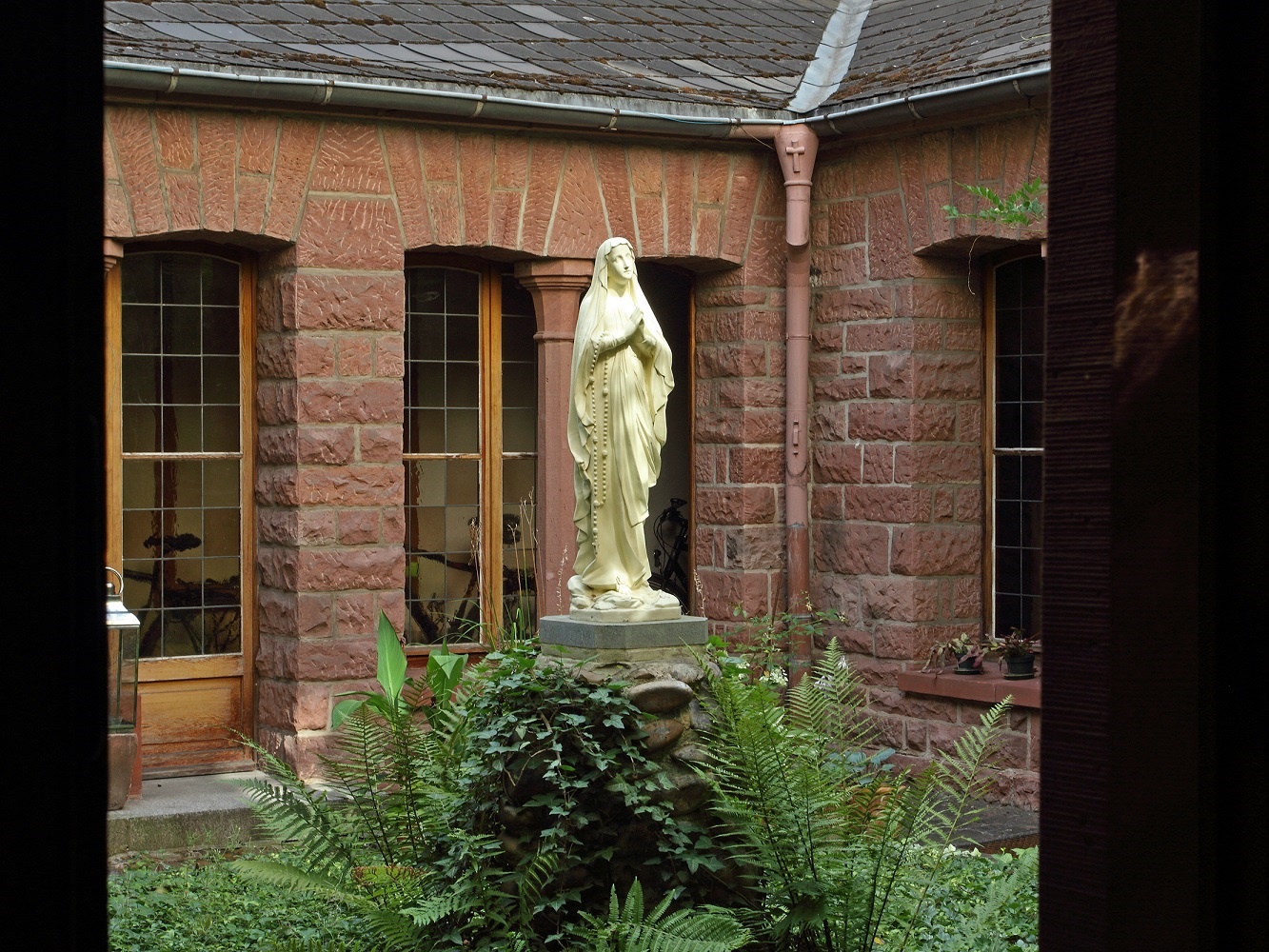 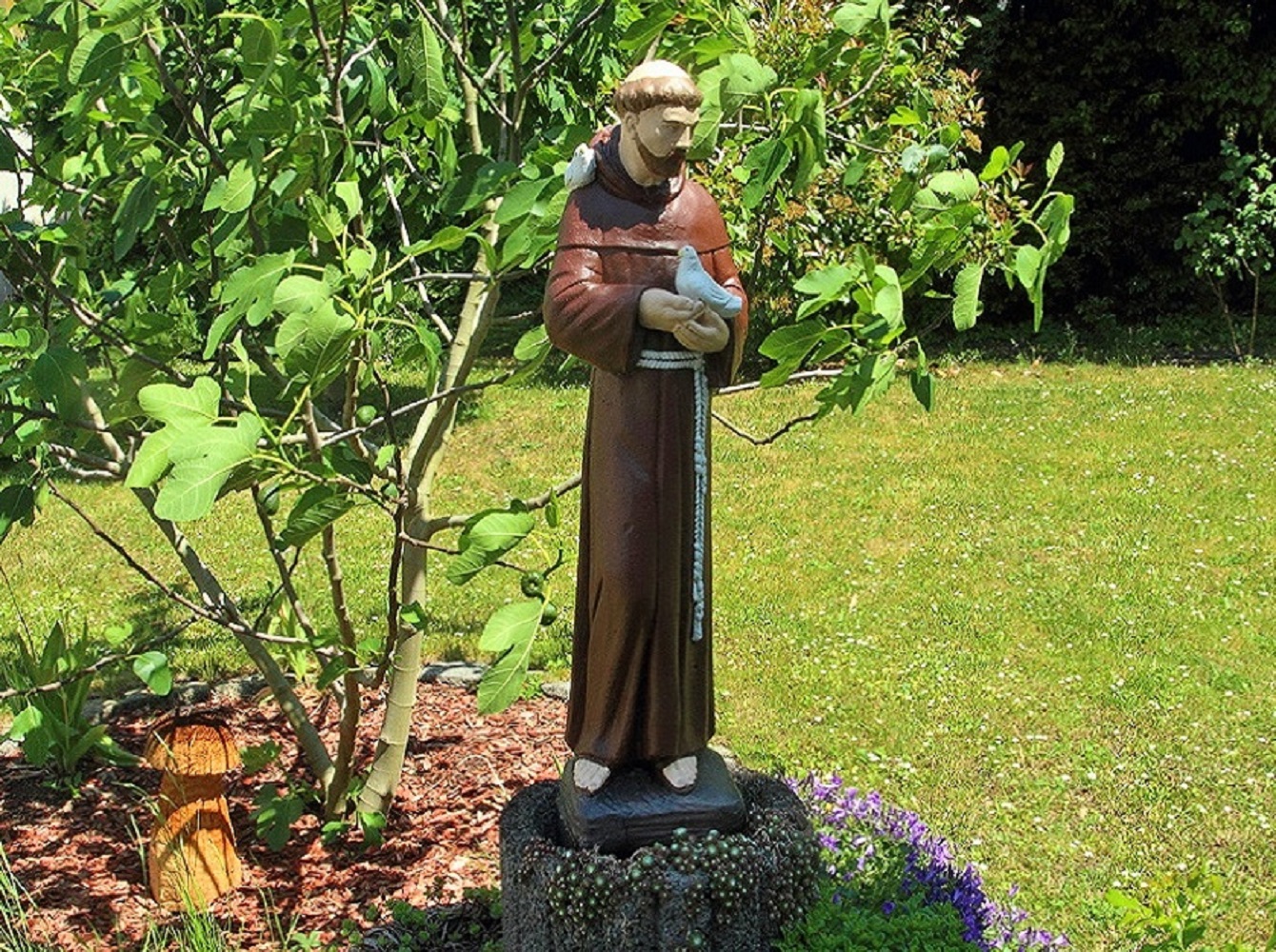